As a child of the 1960s I was fascinated and captivated by the early attempts to explore space. Although I now appreciate the political significance of the race to get the first man on the moon, as a child I was simply excited about news of people ‘going into space’. I watched in awe, along with the rest of the world, at the grainy yet miraculous pictures of Neil Armstrong taking that ‘one small step for man, one giant leap for mankind’. I could barely sleep until I knew that the astronauts on Apollo 13 were safe. It all seemed such a great adventure as we, as humans, began to explore the universe.

Whilst we may not have revisited the moon with manned spacecraft since the Apollo missions, the exploration of the universe has made incredible leaps forward. A space probe, which left earth in 2006, is about to get close enough to take photos of Pluto, which is about three billion miles away and we will be able to see images of this distant dwarf planet taken close up for the first time. 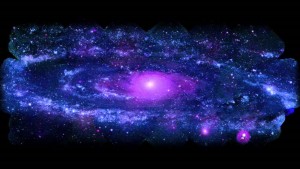 Equally astonishing, NASA recently released a stunning panoramic mosaic of our closest galactic neighbour, the Andromeda Galaxy. The stunning image was captured by NASA’s flagship Hubble Space Telescope, and features an impressive 100 million stars spanning 40,000 light years. The image is composed of  1.5 billion pixels and captures roughly a third of Andromeda. If you are able, have a look at the image on-line at NASA  and you will be able to zoom in and journey through this galaxy in amazement. It is one of the most beautiful and stunning sights I have ever seen.

Like the Psalmist (Psalm 8) who gazed in wonder at the night sky and reflected on the nature of our loving creator: ‘When I look up at your heavens, the work of your fingers, at the moon and the stars you have put in place, what is a frail mortal, that you should be mindful of him, a human being, that you should take notice of him?’, I am simply filled with a sense of awe and wonder at both the creativity of God and the loving nature of our creator who, in the midst of an incredible universe, remains passionately concerned about my life and the lives of those around me.

A sense of awe at the beauty and complexity of creation gives us pause to consider and respond, hopefully in gratitude, with a heightened consciousness and positive action to the world around us. An awareness of our place in the universe and our responsibility toward creation is not only deeply biblical and practical, but increasingly critical, for both our present spiritual journey and for our collective future.

Whilst not everyone will look at images of Andromeda and accept that the universe owes its life to a loving, compassionate, creative God, we do well to recognise that there is a deep longing in the soul of humanity which makes us want to reach out and explore. After all, it was Albert Einstein who said: ‘The most beautiful and profound emotion we can experience is the sensation of the mystical. It is the sower of all true science. He (or she) to whom this emotion is a stranger, who can no longer wonder and stand rapt in awe, is as good as dead.’

With love and prayers