The format was developed at quite an early stage and has remained fairly constant for about 20 years.

Every year, two Sundays are set aside in the calendars of all the congregations to mark the Partnership in a special way during our regular services, with each congregation taking it in turn to prepare materials.

On the last Sunday of January, we share elements of worship – a letter (or epistle), a sermon outline and prayers of intercession.

On the first Sunday in September, prayers for peace are shared in all congregations. Fittingly, this Sunday was chosen to mark the anniversary of the outbreak of the Second World War and thus to remind us all of how the Partnership has its origins in the reconciliation in Europe which followed that war.

The major event is a conference that takes place every third year, usually lasting for about ten days and hosted in turn by each congregation. The programme includes talks and discussions, worship and Bible studies, social events and outings; and participants stay in families from the host church. The last conference was held in Speyer in July/August 2010, with the theme of ‘Gottes Gabe – unsere Aufgabe’ (God’s gift – our vision) and focussed on the environment, God’s gift of creation and our stewardship of it. It was attended by about 75 people from the five congregations plus Belfast.

Purley URC most recently hosted a conference in 2007, when we took as our theme “Living faith, growing community: what it means to be people of faith in our multi-cultural world”. The programme included visits to a local Islamic centre, a gurdwara and a synagogue as well as a panel discussion between representatives of different faith groups in our area, and was attended by about 80 visitors from the partner churches. Happily, the conference also provided us with an opportunity for a special celebration of the 50th anniversary of the ‘Communion of Pulpit and Lord’s Table’ between the United Reformed Church and the Evangelische Kirche der Pfalz: among those present that day were two of the three people who originally visited the Palatinate in 1949.

In the years between conferences each congregation also prepares and circulates a calendar of important events in its own life, offering an open invitation to anyone in the other partner churches who would like to take part.

Informal visits also take place on an intermittent basis, when all visitors try to ensure that their stay in the partner congregation includes a Sunday, thus enabling them to meet a wide range of members and friends. 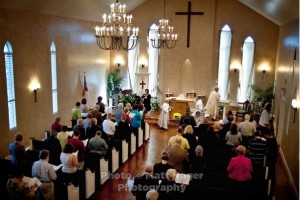